During the 2018 meeting of the American Anthropological Association, I took a trip to the United States Holocaust Memorial Museum. It had been nearly two decades since my last trip and it seemed like a politically salient time to visit and reflect on the destruction carried out by a fascist regime. While there, visitors were taking pictures, laughing, and lacking respect for the somber tone and introspection the space demands. I found this incredibly inappropriate, but this is another story for another time.

Instead, as I left the museum and made my way back to the car, I passed a man selling t-shirts on the side of the street. “Black Lives Matter” and a myriad of other shirts and hats, representing struggle and resistance. In our current climate of social unrest, resistance to hegemonic rule and the structural discrimination is being commodified.

The now infamous Pepsi commercial is another clear example of the exploitation of a social movement for economic benefit. The commercial depicts Kendall Jenner observing an incredibly diverse and happy march for peace(?) while in a fashion shoot, and joining in on the march. Instead of being photographed in high fashion, she is instead photographed in (expensive) street clothes, giving a Pepsi to a police officer, conveying that all we need to do is find middle group and can do so through a soft drink. This sterilizes and trivializes the struggle that people must go through and the uphill battle that we as a country faces when fighting for a just and equitable nation.

While the two above examples are quite different, with different tones (individual exploitation of a movement for a living vs. capitalist exploitation of a movement for image and sales) there is a larger monster at work: neoliberal capitalism. This monster even goes so far as to commodify criticisms of capitalism (see photos below). The clothing treats Socialism, Marx, and such as pop icons and become merely symbols of popular culture and not resistance to capitalism, oligarchy, or disenfranchisement.

The first, and more trivial issue, is that creates space for people to perform as if they are part of the struggle for fairness and justice while never actually needing to participate. This may not represent some grand hypocrisy. People have a lot going on and responsibilities to family, jobs, school, etc. can take primacy over participating in direct resistance.

If they aren’t able to participate in resistance, then at least they can show support for the movement in a similar way to people expressing their support for athletics without needing to actually play for the team. The issue here is that the struggle for justice is not the same thing as a struggle for victory in a sporting event. There are real things at stake. If the Red Sox lose the World Series, Bostonians may be upset, but the world proceeds unimpeded. When structural injustice is perpetrated on various groups of people (examples: races, genders, etc.), there are real consequences; peoples’ lives are at stake and their children’s futures are in the balance. Movements are most successful when their is widespread participation.

The second issue is, as Rothe and Collins argue, “… that in the era of our hyper-neoliberal capitalistic state, the commodification of resistance serves to perpetuate the system” (2017: 609). By including the struggle against the established hegemony in the market, it allows resistance to be controlled, particularly in the case where the state and the market are functionally indistinguishable (as is the case in the US). It transforms resistance into another banal consumable and an augmented meaning can be projected onto the products; they are transformed from dissent into fashion.

The fashion and thus the social movements become depoliticized, creating an illusion of successful resistance while hegemonic control continues unabated. As Rothe and Collins argue “we see the commodification and consumption of resistance as another avenue that legitimates the violence and inequalities of neoliberalism. More specifically, what appears as a form of resistance or ‘detournment’ can be viewed as how the neoliberal system responds and the market reacts, making resistance appear as ‘successful’ (2017: 616). In this way, the state is able to permit dissent without actually addressing the concerns raised by the opposition. Perceived success leads to complacency and the movement slips into history.

The obvious example is that of the Occupy Wall Street Movement. While it shone light on the inequalities in America, it is hard to acknowledge its long-term success as Donald Trump currently occupies the White House, and is supporting—along with the GOP—policies that will increase socioeconomic inequality within the nation. Whether people are now aware of the inequalities, much of the country seems to be unwilling to act in a way to reduce it.

As long as capitalists appropriate resistance, those in power can continue to monopolize hegemonic control over its citizens. Struggle remains the punchline of Fox News and nighttime TV.  Opposition to social injustice is controlled and manipulated by the market; hegemony can trivialize resistance. If the goal is to create a just, equitable, safe future, there must also be resistance to the commodification of our struggle. 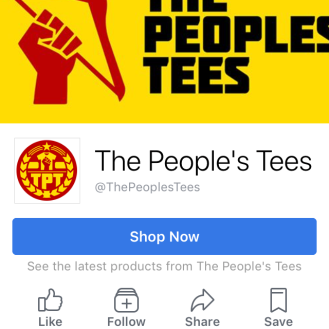 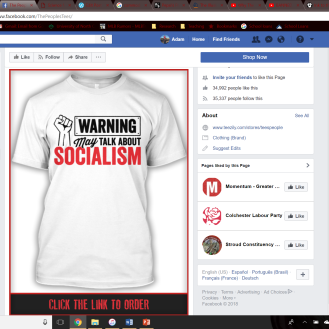 I'm Adam Johnson, an anthropologist teaching at Northwest Vista College while completing my PhD at UTSA after teaching as a lecturer at UNCC for 3 years. My work engages with the ways in which landscapes mediate multispecies relations. I hope to work with the Cofán, an Indigenous people of the Ecuadorian Amazon and will be visiting in the summer of 2020 to develop a research plan, collaborating with local people in Zábalo. I have also completed ethnographic research with Drag Queens in North Carolina, science studies research on the ways scientific discourse maintains racial categories and thus inequality, and primate research, studying the ways in which chimpanzees and rhesus macaques construct and make use of space. https://twitter.com/Anthropology365 View all posts by Anthropology365